With all the talk of cannabis and the acceptance of its usage, it’s very interesting to go back in time to some older series and see the amazing progress to that which we’ve come today as well as to see some of the newer ones that shed some light on the plant during its peak of popularity.

With all the popularity and controversy surrounding cannabis use, many networks have begun to introduce shows featuring it! There is now a growing library of cannabis-related dramas, documentaries, and comedies all to feed your hunger for anything weed related.

American Weed will really have you amazed at the progress we’ve come to since 2012 and how we have finally come to realize all the amazing benefits of this plant. So if you’re feeling extra knowledge-hungry during your next high, you will love this thought-provoking documentary and all the light is can shed about our transformation through the years in regards to cannabis.

It originally aired on vice.com and is an excellent show to watch as it explores the many uses that cannabis has to offer and even delves into some deeper topics such as families who use cannabis to help treat children who have cancer, or people suffering from post-traumatic stress disorder.

If you are one to get the munchies when smoking, you will love to cuddle up on the couch and binge watch some Bong Appétit.

Keep in mind that during the time in which the series aired (2005), marijuana was not widely accepted as it is today. Growers often did so on the down low as it wasn’t legal, and there were serious repercussions if you did get caught.

The plot of the series starts with the main character Nancy Botwin (Mary-Louise Parker), losing her husband. After she becomes widowed, she needed to start thinking of a way to support herself and her boys. And what better way than to start growing marijuana ? It is one of the most popular drugs on the planet, per se. Weeds takes you on an adventure through L.A. as this suburban mom tries her best to support her family through the sale of marijuana.

This one is for all of you Food Network fans out there… except with a twist. Bong Appétit is a great show to watch if you love to watch cooking shows, as it’s basically a show where gourmet chefs infuse foods with cannabis. The days of simply making brownies infused with pot are over. With the growing legality and acceptance of cannabis, chefs are now turning cannabis into delicacies and high-end meals. 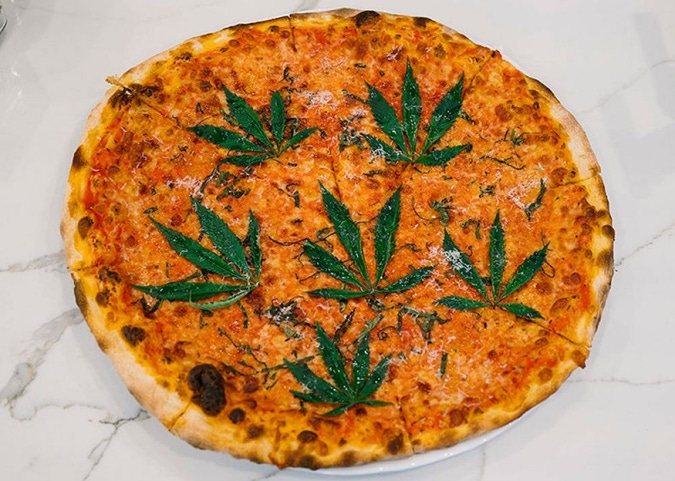 Imbibing cannabis before, during, and after, are recommended.

Cannabis enthusiast and beloved singer, songwriter Kelis hosts a brand-new cannabis baby cooking show on Netflix called Cooked With Cannabis. It's a fun, techno-blasting, vibrant, high-speed cooking show. Think Chopped, but with way more cursing. Cooked With Cannabis offers accessible marijuana data for the viewers that breaks down THC, CBD, ideal edible dosing, micro-dosing, all while defining milligrams and other helpful cannabis properties for the viewers. It's a win for cannabis normalization. It's also creatively inspiring if you're looking for innovative new recipe ideas. A table of "Best Buds" comedians, actors, rappers sit and get slowly higher and higher as the meal progresses. Judges include Ricky Lake, EL-P, Michael Rapaport, Too $hort, Clayton English, and more. The show aptly premiered on 4/20/2020. Netflix

Every entrepreneur needs to watch these shows, films, and documentaries, particularly if you work in the cannabis space. It doesn't matter if you're The Guy or Steve Jobs, we salute your work ethic.

You can find this cannabis legalization time capsule documentary Rolling Papers on Netflix as well as Amazon Prime. It chronicles the launch of The Cannabist, which was born of The Denver Post and is noted as the first daily newspaper with a cannabis vertical. The Cannabist founder and former editor-in-chief Ricardo Baca is a stalwart in the cannabis industry, since going on to found a prominent cannabis agency in the space called Grasslands. Rolling Papers offers a unique window into the newspaper world and its struggles, as being owned by a "vulture hedge fund" media corporation named Alden, that cannabis may not be able to save alone. Many sage pieces of wisdom for both the media and cannabis industries can be mined from watching this moment in history. Netflix