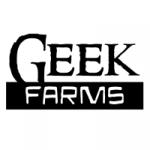 A cross of BlueJ (Geek Farms) x Dr Who (Homegrown Natural Wonders) bringing the sweet blueberry flavors from the unique BlueJ mother plant and crossing it with our staple strain. Dr Who is one of the most consistently potent and structurally sound strains on the market today, with a hashy flavor the combination makes for an ultra sturdy strain with large nugs and sweet/funky blueberry flavors.

Do you know something more about Geek Farms’ River Song? Please help to make this database better and upload/connect your information here!

You have grown River Song together with another variety? Please fill out our Strain VS. Strain direct comparisation form!

Here you see the latest River Song photos, uploaded from our users! Altogether we’ve collected 1 pictures from Geek Farms’ River Song, check out our River Song gallery to view them all.

“Diamonds In The Rough” / “Universal Stars”

It’s beautiful but cutting; it’s jaw-dropping but was passed over for release originally: “Chocolate River” is an unreleased outtake to end all unreleased outtakes. It’s one of The Seeds’ best songs but was rejected when the 1967 Future album was being sequenced. “Chocolate River” finally saw the light of day on the 1977 rarities collection Fallin’ Off The Edge; it’s since been included on several other Seeds compilations and has become a fan favorite.

As Sky Sunlight, this was the second release of two garage rock songs meant to get Sky Saxon back in the charts. It’s excellent but failed in its task.

Note: The two songs Pat sings are the ones she sang to Pete at his bedside, as he passed in 2014.

This final, GRAMMY-nominated installment in the Appleseed label’s trilogy of celebrations of Pete Seeger’s music (“Where Have All the Flowers Gone” and “If I Had a Song” are the first two volumes) is a 2-CD set that opens with Pete’s first disc of new recordings since his 1996 Grammy winner, Pete. On disc one, 84-year-old Pete, family members

The second disc presents exclusive recordings of Seeger-related songs by a diverse assortment of highly respected folk musicians. Janis Ian, Tom Paxton, Natalie Merchant, Pete’s fellow ex-Weaver Ronnie Gilbert, Holly Near and many others explore some of the lesser known entries in Seeger’s repertoire. Highpoints include Pat Humphries’ cover versions of Pete’s meditations on the circle of life (“Old Devil Time” and “To My Old Brown Earth”), a slow, almost psychedelic rendition of “Bells of Rhymney” by Dick Gaughan, Natalie Merchant’s fierce “Which Side Are You On,” and Janis Ian’s quietly bitter take on “Who Killed Norma Jean.”
Both discs are interspersed with spoken comments by Pete, and the packing includes a 28-page booklet with extensive liner notes by Pete himself detailing the inspiration behind many of these songs.

This final, GRAMMY-nominated installment in the Appleseed label’s trilogy of celebrations of Pete Seeger’s music (“Where Have All the Flowers Gone” and “If I Had a Song” are the first two volumes) is a 2-CD set that opens with Pete’s first disc of new recordings since his 1996 Grammy winner, Pete. On disc one, 84-year-old Pete, family members (grandson Tao Rodriguez-Seeger and half-sister Peggy) and musical friends (Arlo Guthrie, Anne Hills, and Tom Pacheco, among others) perform songs he wrote, adapted or adopted. Several pro-peace songs here were recorded even as the U.S. was invading Iraq, including an updated version of the Vietnam-era “Bring Them Home” featuring guest vocalists Billy Bragg, Ani DiFranco and Steve Earle. Other songs on disc one range from the lighthearted (“English is Cuh-ray-zee,” “Maple Syrup Time”) and optimistic (“A Little a’ This ‘n’ That,” “Over the Rainbow”) to pained political outrage (“Estadio Chile”) and social commentary (“Take It from Dr. King,” “Visions of Children”), concluding with the autumnal tranquility of “Sailing Down My Golden River.”