A few of the women live on the compound, and six of them work on the cannabis business, along with two “Brothers.”

“We do need men and we don’t want to be exclusive of the men,” Meeusen said. “We just want the women to own the businesses and hold all the offices in town.”

The Sisters of the Valley, a group of self-styled “weed nuns,” are putting their faith in the healing power of cannabis.

Meeusen said she lived and raised her children in the Netherlands, which has universal health care.

The Sisters of the Valley produce CBD products on a farm in northern California.

Meeusen is the matriarch-in-chief at the Sisters of the Valley. The divorced, former marketing consultant raised two children and said she had to start from scratch after her marriage came apart. She said her company grew out of the Occupy Wall Street movement and a desire among her and her peers to build their own commune in an environment that allows for “healthy socialism.”

Meet the 'weed nuns' who put faith in the healing powers, and profits, of cannabis 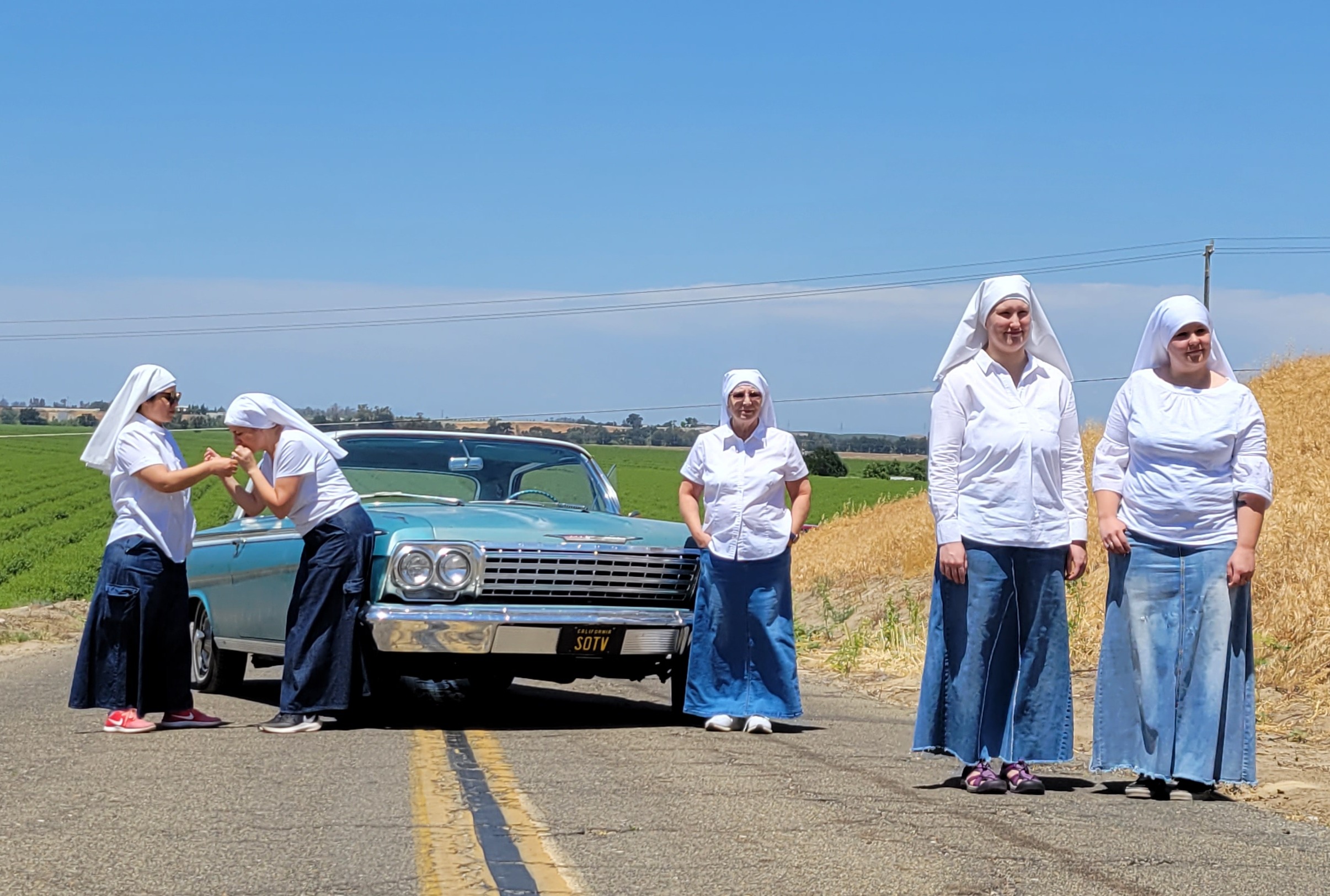 "There are six definitions in the dictionary for celibacy, and we took the one that's most empowering to women, which is privatizing our sexuality and being modest in interests and manner," Sister Kate said.

THE Sisters of the Valley, a group of self-ordained "weed nuns," are putting their faith in the powers of cannabis to help heal the world.

"[In Amsterdam] I saw functional socialism existing alongside functional capitalism," she said. "My full [medical] bill to have my children see a doctor out there was less than 10 percent copay in America.

"That was the beginning for me," she said. "I realized we're getting so ripped off. We're so ripped off we never should've thrown the tea overboard, otherwise, we'd have universal healthcare right now."