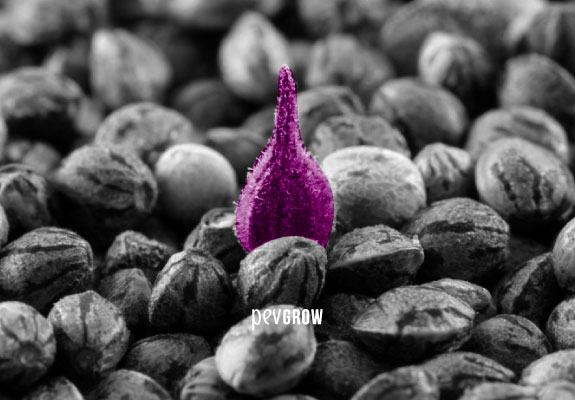 The females chosen to be reverted to male have to undergo a number of tests to prove that they are suitable for reversion. These tests are based on the resistance and sexual purity of the selected specimens and basically they try to induce different types of stress. Only plants that stay fully female will pass the test and then they can be considered good breeding tools.

The first feminized seeds on the market were made by naturally stressing a female to pull out male flowers with pollen. This is not a good method, since plants that revert under natural stress can easily transmit this trait to their offspring. It often happened that those feminized strains were hermaphrodites, so natural stress is not a good way to reverse cannabis females.

If you want to make your own feminized seeds, I recommend you the STS method, it is the most used for some reason. You have to be careful not to inhale the gases it produces, protecting yourself with a mask, safety goggles and gloves for its manipulation, but it is the most effective technique. It is surprising to see an elite clone bloom as a male after having grown it many times as a female, I invite you to try it. 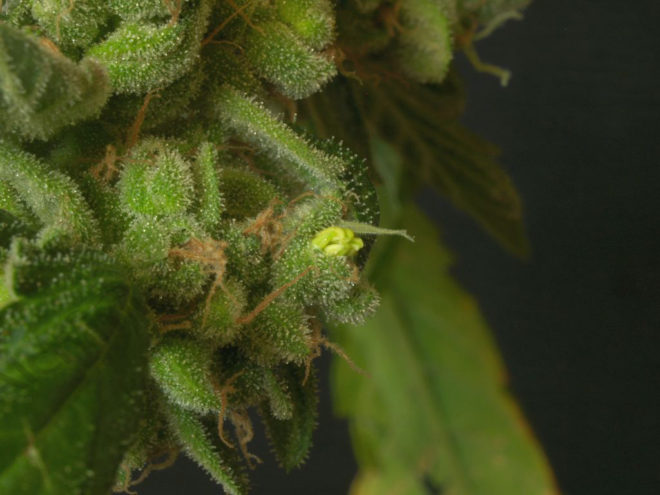 It is not surprising, therefore, that at present, feminized seeds represent virtually all the seeds in the market, since they offer a number of significant advantages for both professional and home growers and breeders, for photoperiod and autoflowering plants. The main disadvantage of this method is a well known and hotly debated issue: the growers who buy this type of seeds cannot produce their own seeds in the absence of male plants, so the only way they can manage it it’s using the same process to obtain this type of seeds. But. what are these processes and what are they based on?

Gibberellins are plant hormones that help regulate various processes related to the development of the plants. There are several types of gibberellins available in the market, although the most common and effective is gibberellic acid or GA3 (Gibberellin GA3). This product is used in a very similar way to colloidal silver, sprayed on the plants during several days before switching the photoperiod over to flowering.

As you can see, and although we normally use the expression “reversing the plant sex“, that is not exactly what is done, because the sex chromosomes of the female plant (XX) have not changed, even if we managed to produce male flowers. This “sex change” of female plants can be achieved in a number of ways, but usually with the same goal: to reduce the level of ethylene in plant tissues and/or inhibit the ethylene action, which makes the plant develop male flowers on entering the flowering period, as if it were a male from regular seeds. This is because ethylene is a natural regulator of the sex expression in plants!

These advantages were of great interest for the growers, and soon feminised seeds accounted for a large portion of the seeds available in the market. In addition, being able to use only female plants (generally known and selected clones) to produce seeds had another great advantage for seed producers and breeders of new varieties: they no longer need to keep males in their gene pools! And not only that. from that moment on, any female plant they could get their hands on could be used as a male to pollinate other plants, thus exponentially increasing the possibilities of creating new crosses.

See also  what do u need to grow a weed plant

The sex of cannabis plants is determined in the same way as ours, through the so-called sex chromosomes or genosomes. Male plants have a couple of different sex chromosomes called “XY” or heterogametic, while female plants have two chromosomes called “XX” or homogametic. When crossing a male (XY) with a female (XX), we will obtain around half of the plants of each type in their offspring. In other words, when a breeder uses a male and a female plant, the seeds produced by them will be approximately 50% males and 50% females. 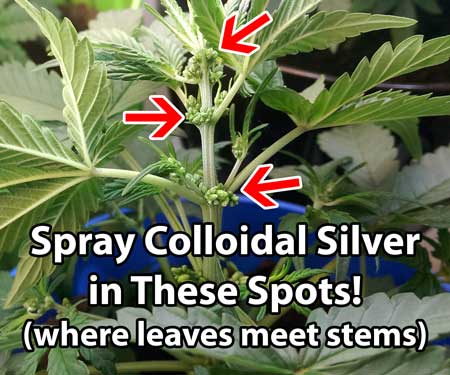 Yes, it’s possible. However, it’s not really recommended because, for one, the timing doesn’t match up. By the time your pollen is ready to use, your original plant will already be several weeks past the optimum pollination point. It’s best to pollinate a female plant that has only been flowering about 2-3 weeks, but pollen sacs need more time before pollen is ready to use. It’s also possible to run into unwanted side effects from self-pollination/in-breeding.