The old saying “Pull when wet; hoe when dry” is wise advice when facing down weeds. After a drenching rain, stage a rewarding weeding session by equipping yourself with gloves, a sitting pad, and a trug or tarp for collecting the corpses. As you head out the door, slip an old table fork into your back pocket because there’s nothing better for twisting out tendrils of henbit or chickweed. When going after bigger thugs, use a fishtail weeder to pry up taprooted weeds, like dandelion or dock.

3. Weed when the weeding’s good

I’m hoping to get my garden under control. I was thinking about laying down some weed killer, then use some landscaping fabric. Would some mulch installation be good on top of the fabric?

Some light passes through chunky mulches, and often you will discover—too late—that the mulch you used was laced with weed seeds. It’s important to replenish the mulch as needed to keep it about 2 inches deep (more than 3 inches deep can deprive soil of oxygen). In any case, you can set weeds way back by covering the soil’s surface with a light-blocking sheet of cardboard, newspaper, or biode­gradable fabric and then spreading prettier mulch over it.

I posted a Fantastic Content About growing vegetables in your small greenhouse http://www.7growers.com/small-greenhouse/ 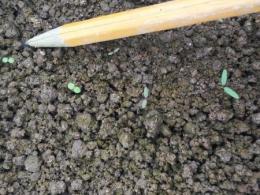 To use the stale seed bed most effectively, start several weeks before planting. An initial cultivation kills any emerged weeds that have overwintered. It also brings weed seeds to the surface where exposure to light and oxygen stimulate germination. Depending on the weather and types of seeds present in the soil, weeds may sprout up overnight or over a few weeks. When weeds have germinated and are still small and young, they are easy to kill with a second light cultivation. This process is then repeated as needed and as time allows. As few as three cycles of light/ shallow tillage can reduce the number of subsequent weeds noticeably. For fields and gardens with very heavy weed infestations more cycles of repeated tillage over a few years will be needed. Using a stale seed bed may push back your planting date; but in the absence of weed competition, the crop will have more access to water and sunlight and be able to make up for lost time.

Weed control can be handled with short-term or long-term approaches. Short-term management focuses on controlling weeds during the first part of crop growth when weeds are more likely to affect crop yields. Long-term weed management, however, works all season-long to deplete weed seeds from the seedbank (the reservoir of viable weed seeds in the soil). Whichever approach you take, using a stale seed bed is a great cultural weed control technique.

Ah spring! The war against weeds begins anew. The first major skirmish of the growing season should happen before planting. The stale seed bed technique is an often over-looked practice that can be used before planting. It works by first encouraging weeds to sprout and then killing them when they are young and most vulnerable. For organic growers, a stale seed bed can replace the effects of a pre-emergence herbicide. And when used properly, it can contribute to both short-term and long-term weed management.

Stale Seedbed is most effective when it’s part of a zero weed threshold system.