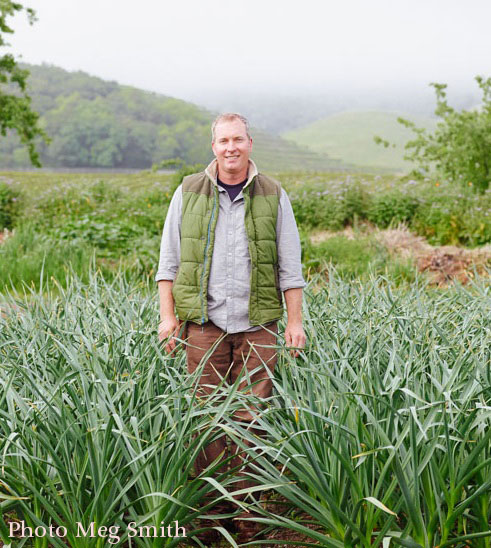 Who was still growing her tribe’s heritage seeds? What sorts of corn, beans and squash varieties were out there that had been planted and selected within “Three Sisters” polyculture over the last centuries?

Aaron is a graduate of the prestigious Culinary Institute of America and worked as a chef at The French Laundry, in California’s Napa Valley. He realized that the best day of every week was the one he spent working in the garden, inspiring him to shift his course from the kitchen to the farm.

Rowen has a deep and spiritual connection to her ancestral seed collection – sacred ‘Mohawk Red’ bread corn that resembles juicy pomegranate gems; ‘Six Nations’ blue corn whose kernels that line up in neat rows of shades of grey, slate, and nearly purple; multi-colored ‘Seneca Calico’ corn whose pearlescent seed-coats catch the light of the eastern morning; jars of beans, some speckled and resembling birds eggs, others earthy and mimic soft buckskin. Here in Napa Valley, we have mild winters that are governed by the Pacific Ocean. We occasionally get frost at night, but during the day the frost yields to temperatures in the 60’s and 70’s. Because of these cold nights, we have a hoop house that acts as a buffer for the climate. The hoop house is designed to retain solar heat, giving us temperatures much higher than the day’s high. On sunny winter days, the temperature in the hoop house can reach the high 80’s even when it is 50 degrees outside! To best utilize the hoop house, we keep its sides and ends open during the middle of the day to encourage ventilation and close the hoop house mid-afternoon to capture the last of the day’s solar energy. This allows us to get a good head start on the summer crops.

This year, we are growing 52 varieties of tomatoes and our yield is amazing! The peak of our season lasts 4-5 weeks but if the rains hold off, we can harvest tomatoes until mid-October here in Napa.

I feel the tomato is the most generous plant of the summer. It always amazes me at how much product can come from a seed the size of a pencil head!

We start our tomato seeds around February 15 on heating pads so the plants never dip below 45 degrees Fahrenheit. After a few weeks of growing these starts, they are transplanted into larger containers where we let them grow to be 18 inches tall before we plant them in the ground. We aim for an outdoor planting date of April 15, that way there is little chance of a late frost that will damage the first set of flowers and drop the fruit. Tomato plants that go through a frost might survive but will usually be slowed enough that a smaller plant planted after first frost will outperform the first tomato in the long run. 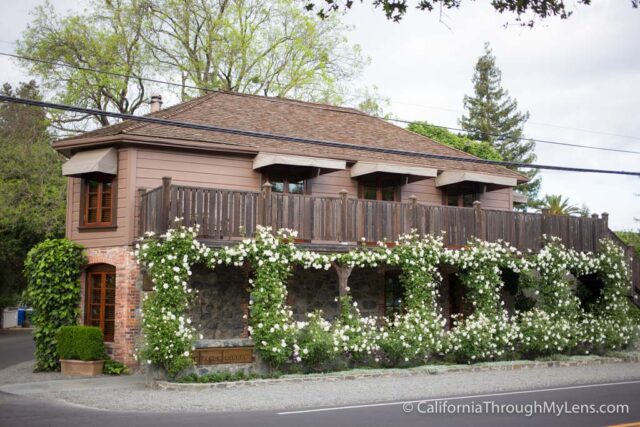 The gardens are located on Washington St, the Main Street in Yountville, right across from The French Laundry. There is parking along the street that you can use.

In the north part of the garden, there is a greenhouse where they are growing all of the seedlings that will be eventually be planted amount the plots.