Enigma Seeds are purchased from Merchant Greenfield for 90 and can be planted at Sunsong Ranch. 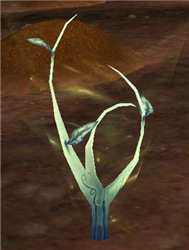 Growing this seed will yield a couple random Pandaria herbs the following day when you harvest.

However, it is far more efficient to grow motes of harmony instead and use those to purchase a bag of Pandaria Herbs or x3 Golden Lotus from the NPC in Shrine of the Seven Stars.

Update for 5.1: Enigma Seeds now have a very high chance to proc a Golden Lotus, making these very lucrative to plant if lotus is your goal.