A local researcher, Steve West, has been banding cave swallows at Carlsbad Cavern since 1980. In 2005, he recaptured a bird that had been banded in 1993 as a hatch-year individual, making it 12 years old! While most of the banding has been done to study the life history of the species, the original reason was to discover the winter range of the bird. One bird banded at Carlsbad Cavern was found dead in Jalisco, on the Pacific coast of Mexico, and provided the first clue of their winter range south of the United States.

The park has a rich fauna of invertebrate animals, most of which have not been formally surveyed. Nearly every time someone undertakes a study of the park's insects or other invertebrates, exciting revelations are made. For example, in 2003, Dr. John Abbott took his University of Texas class on a field trip to Rattlesnake Springs and documented a new species of damselfly for New Mexico, called Lenora's dancer. In 2005, the park sent some fireflies, also called "lightning bugs," to an expert for identification. It turned out that these insects, which are actually beetles, were a new genus for the state: Photuris.

The park's mosses and liverworts are part of the living soil crusts, as described under Lichens (link to Lichens section). 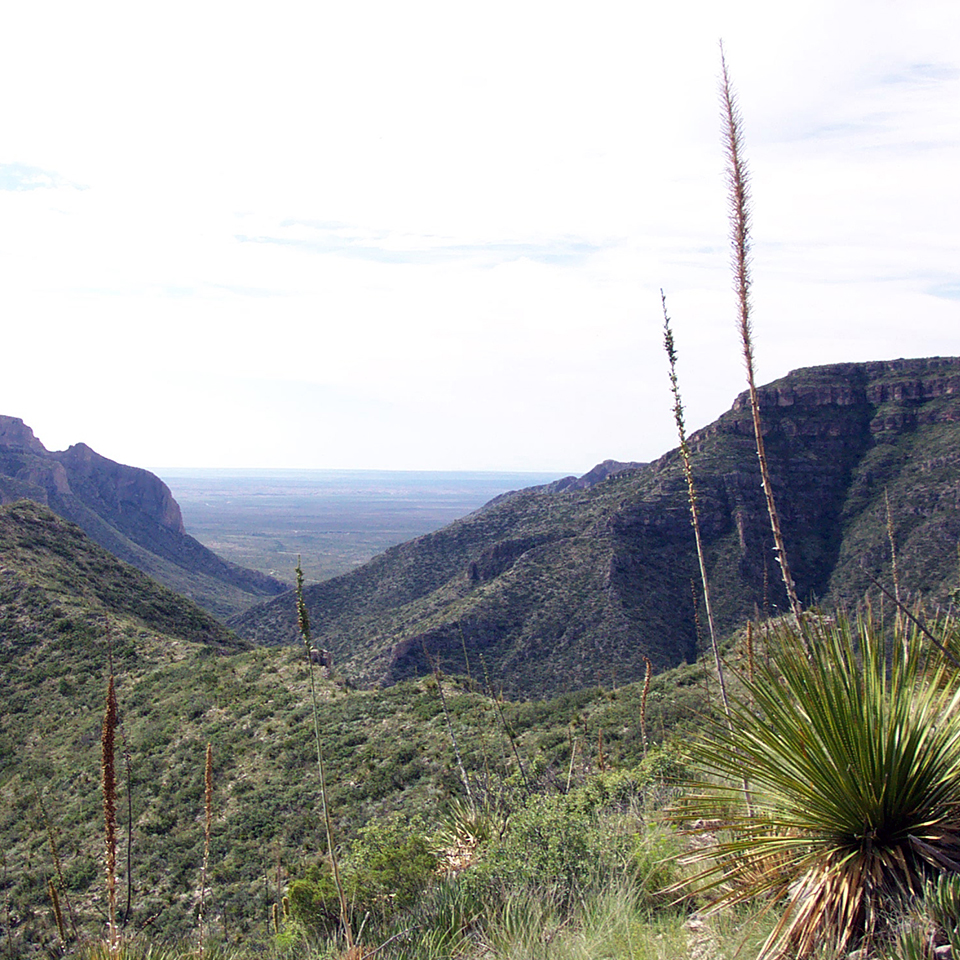 Carlsbad Caverns National Park is located in the Guadalupe Mountains in New Mexico and preserves a portion of the Capitan Reef—one of the best-preserved, exposed Permian-age fossil reefs in the world. Water, geologic forces, climactic changes, and vast spans of time have produced and changed the fossil reef and its spectacular caves, a process that continues to the present day. Elevation in the park ranges from 1,096 meters (3,595 feet) in the desert lowlands to 1,987 meters (6,520 feet) atop the Capitan Reef. Annual precipitation is approximately 37 centimeters (14.5 inches).

Although the park is famous for its caves, it also protects desert and semi-desert grasslands, desert scrub and woodlands, montane chaparral, and montane woodlands. Freshwater riparian areas are the most threatened resource in the Chihuahuan Desert. Rattlesnake Springs at the park is a rare desert wooded riparian area known for the diversity of plant and animal life found there, including migratory birds.